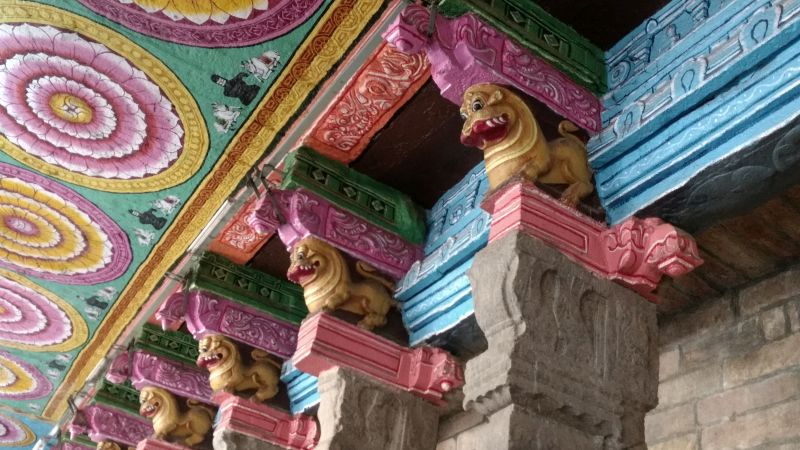 Minakshi Amman Temple is not a place of pilgrimage. This is most probably due to the fact that the goddesses Minakshi and Sundareshvara are of southern origin and got included in the Hindu pantheon later as forms of Parvati and Shiva. Also typical south Indian: the many yali figures at the pillar, a chimera (yali, vidala, vyala) that can be lion- horse- or dragonheaded.